According to Floriography (the language of flowers), every plant and flower has its meaning. It has been practiced for thousands of years in different cultures and was popular in Victorian England and the United States during the 19th century. Gifts of specific floral arrangements were used to send a coded message to the recipient, allowing the sender to express feelings that could not be spoken aloud in Victorian society.

I decided to revive this tradition in my tattoos. I prepared several talisman bouquets. With meanings like "Stay Strong",  "Zen", "Remembrance", and others.

In June 2021 along with other international studios supporting @stillnotaskingforit_flashevent, I put a few of my Language of Flowers pieces up for an online auction. Read the behind story about the event here.

I can prepare a custom floral tattoo design specially for you. 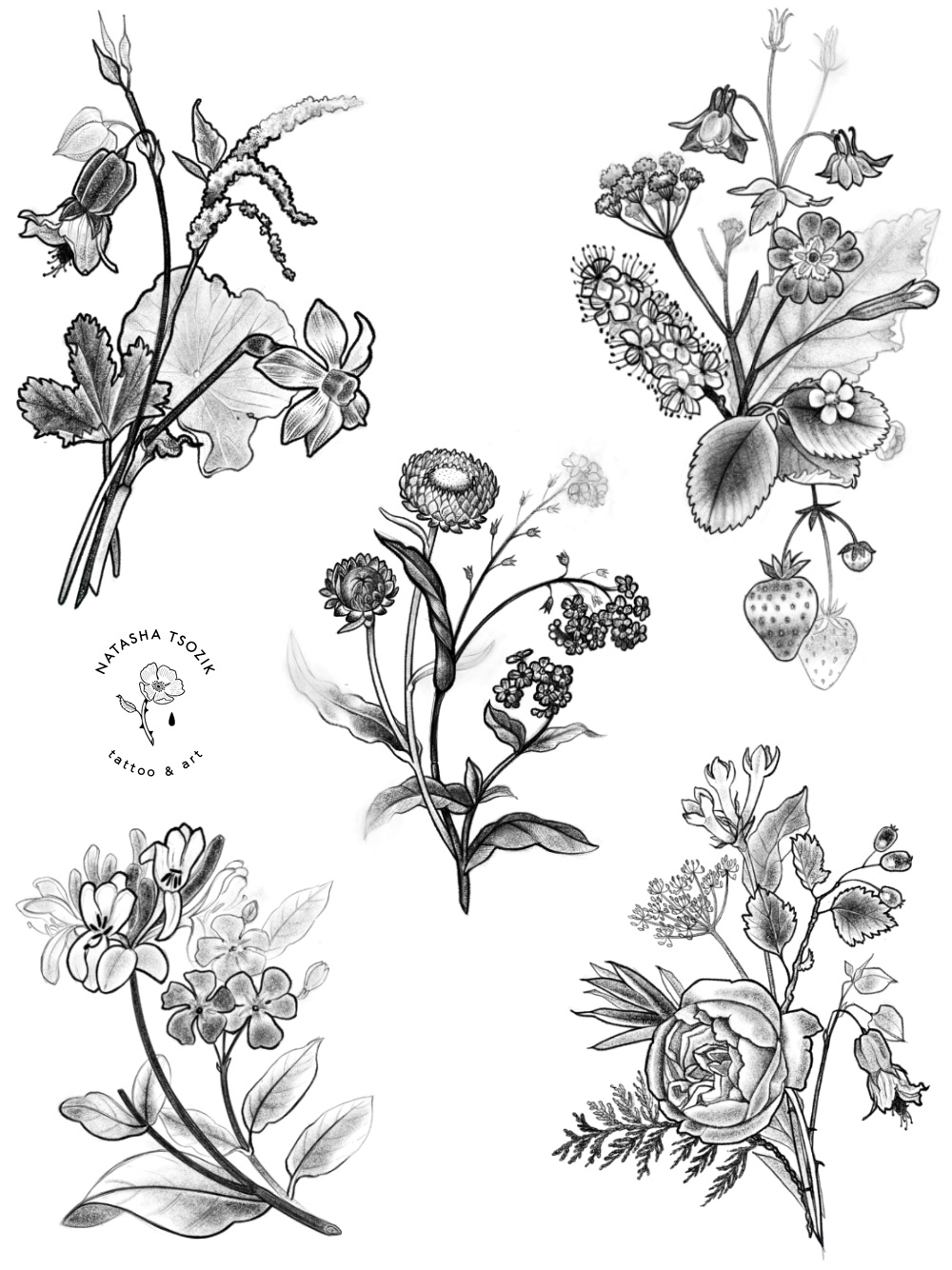 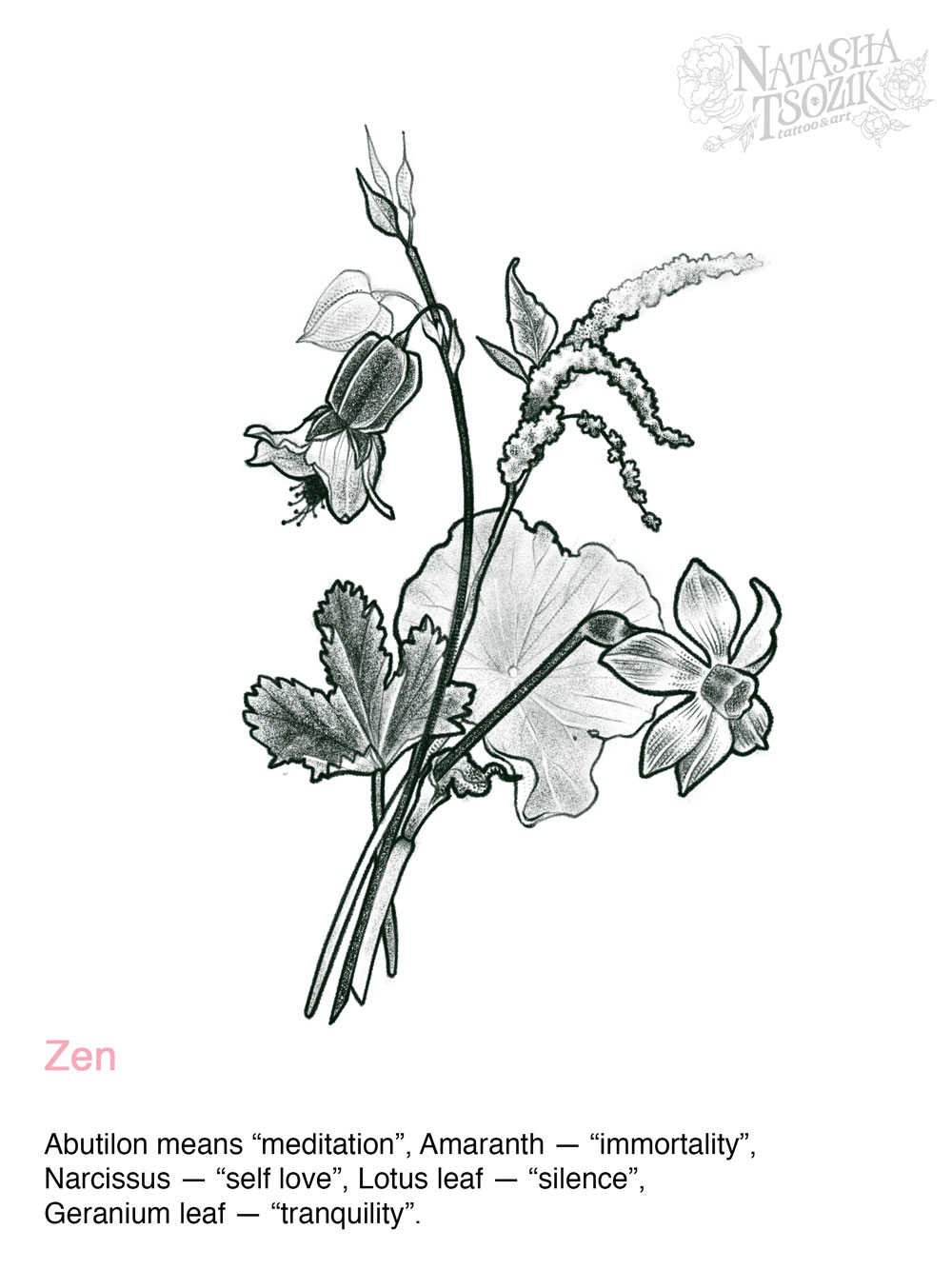 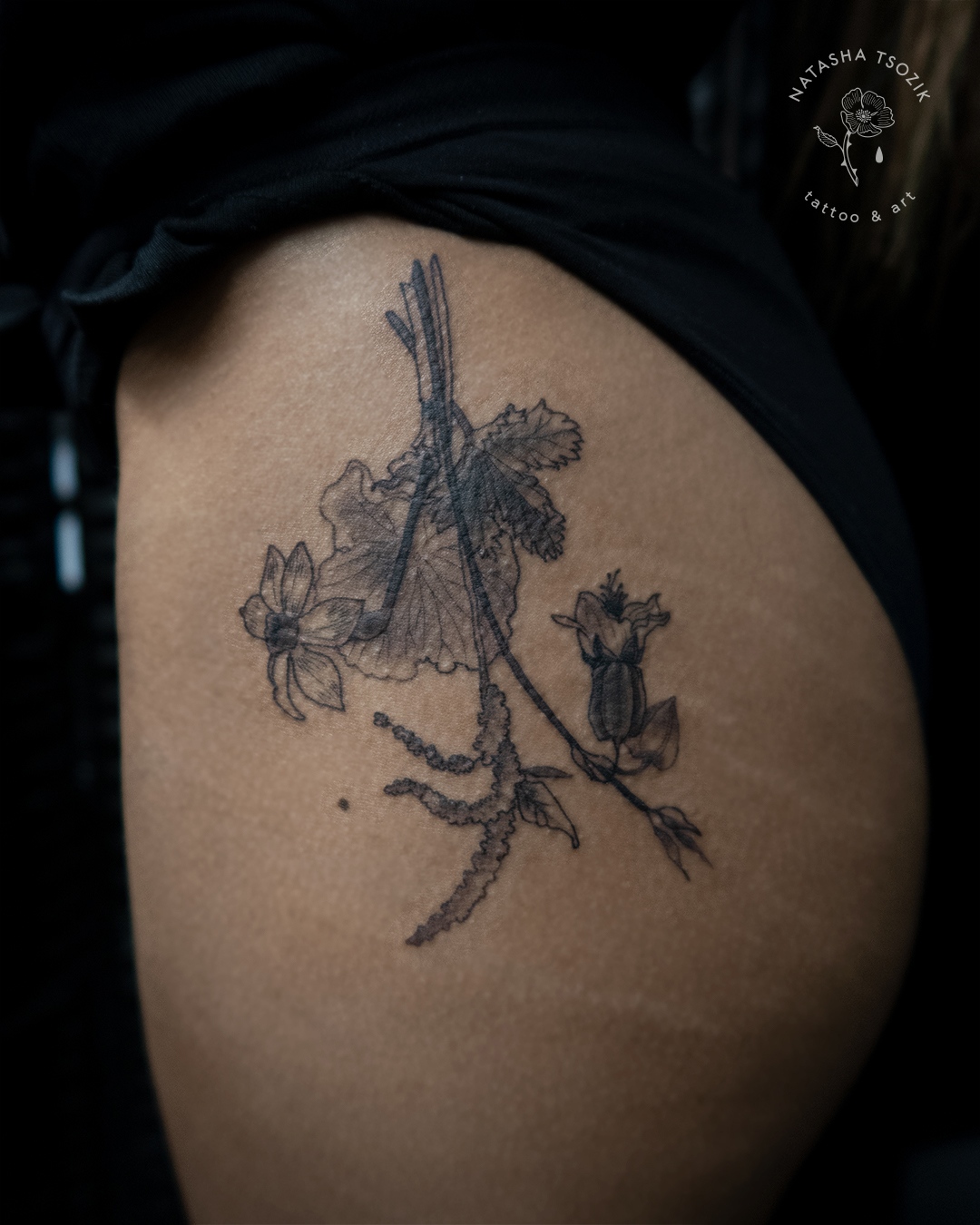 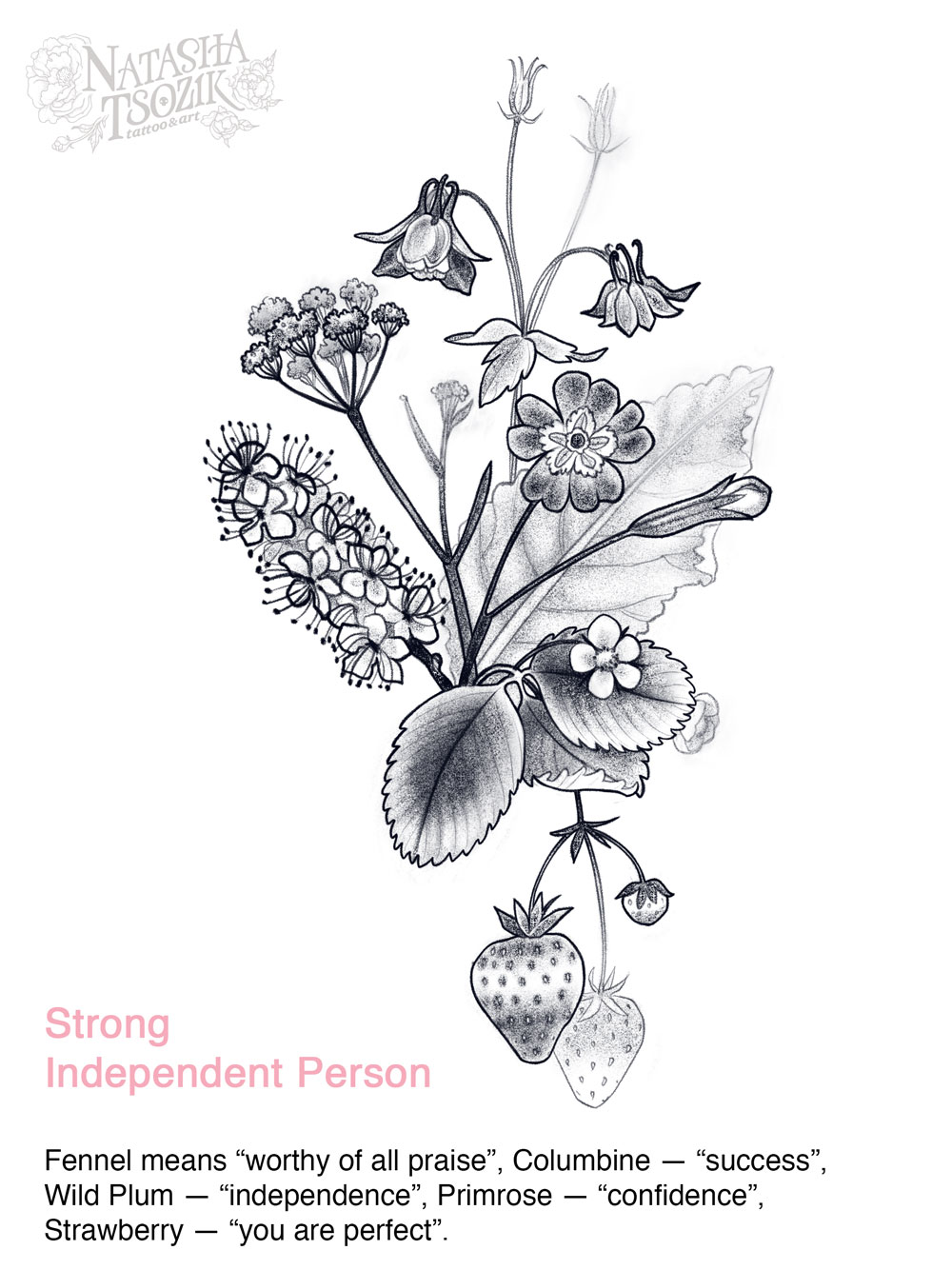 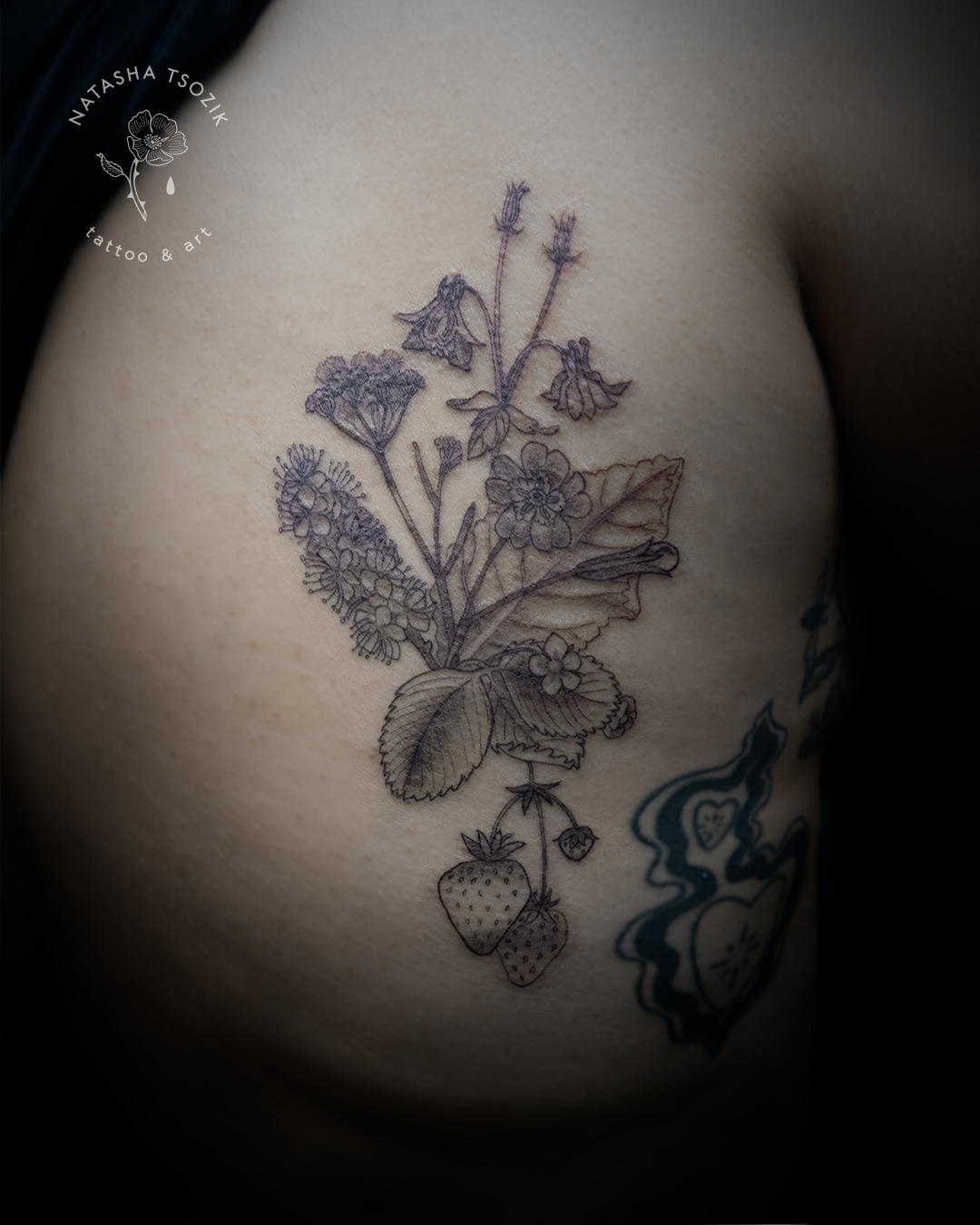 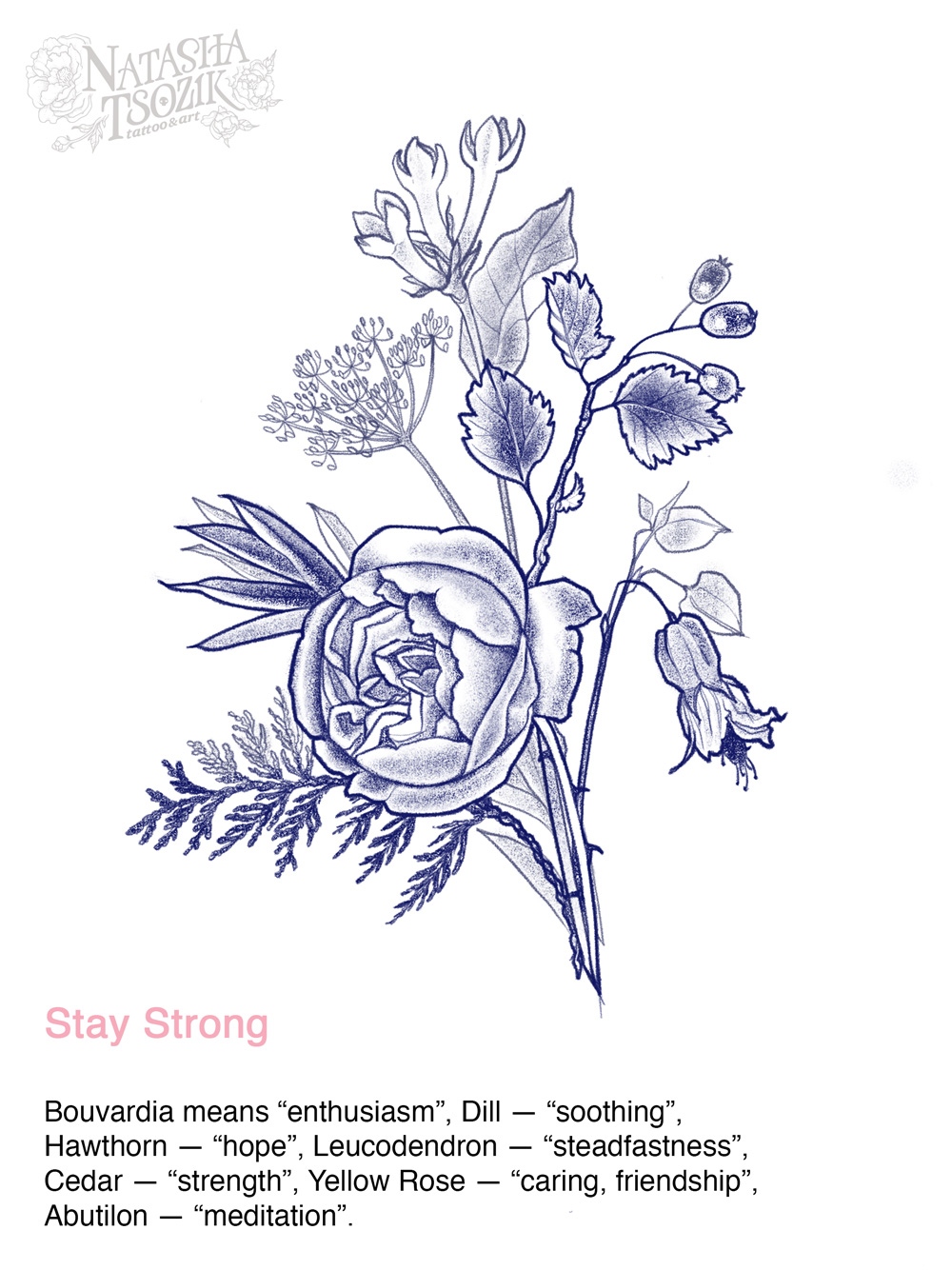 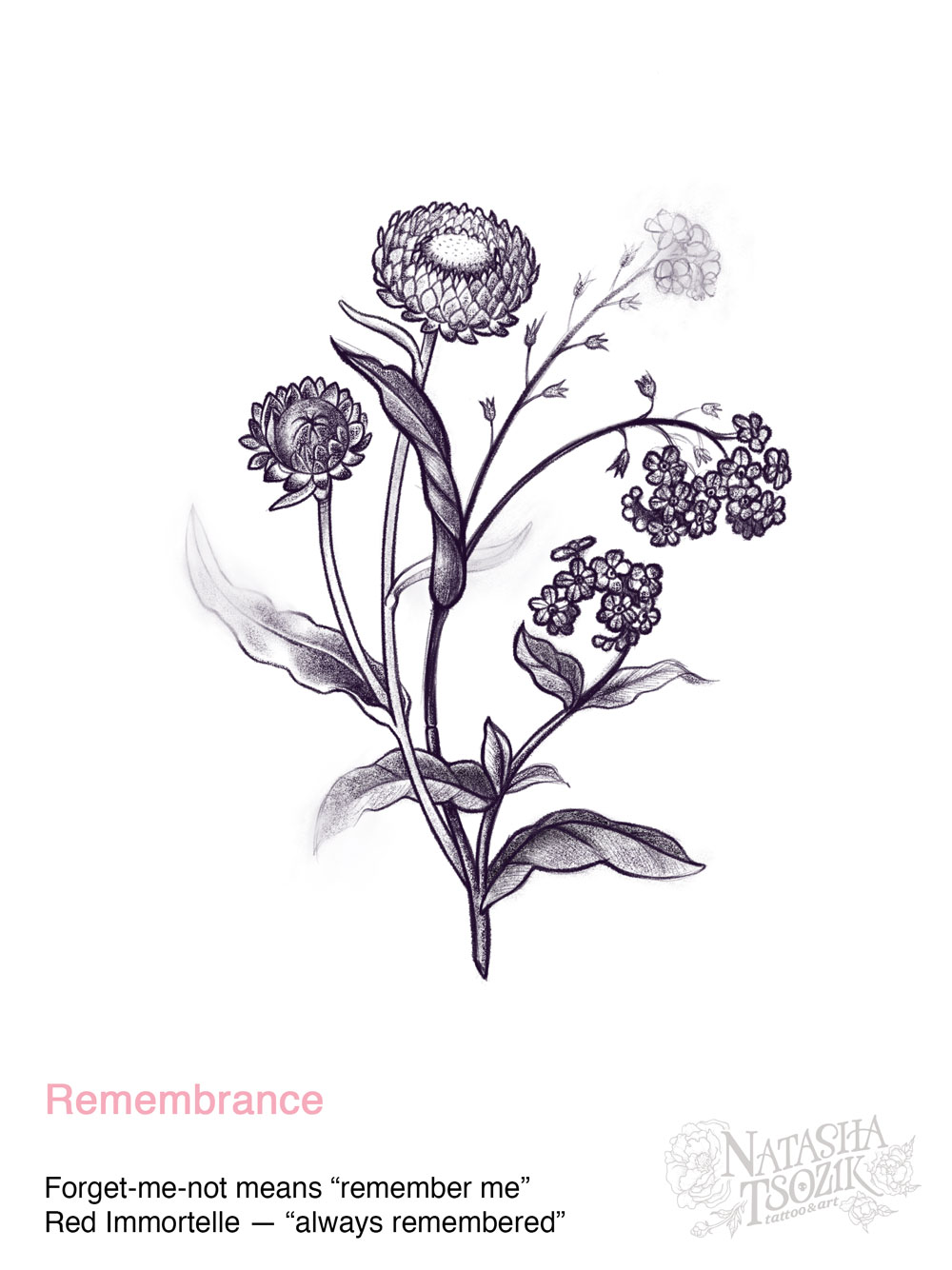 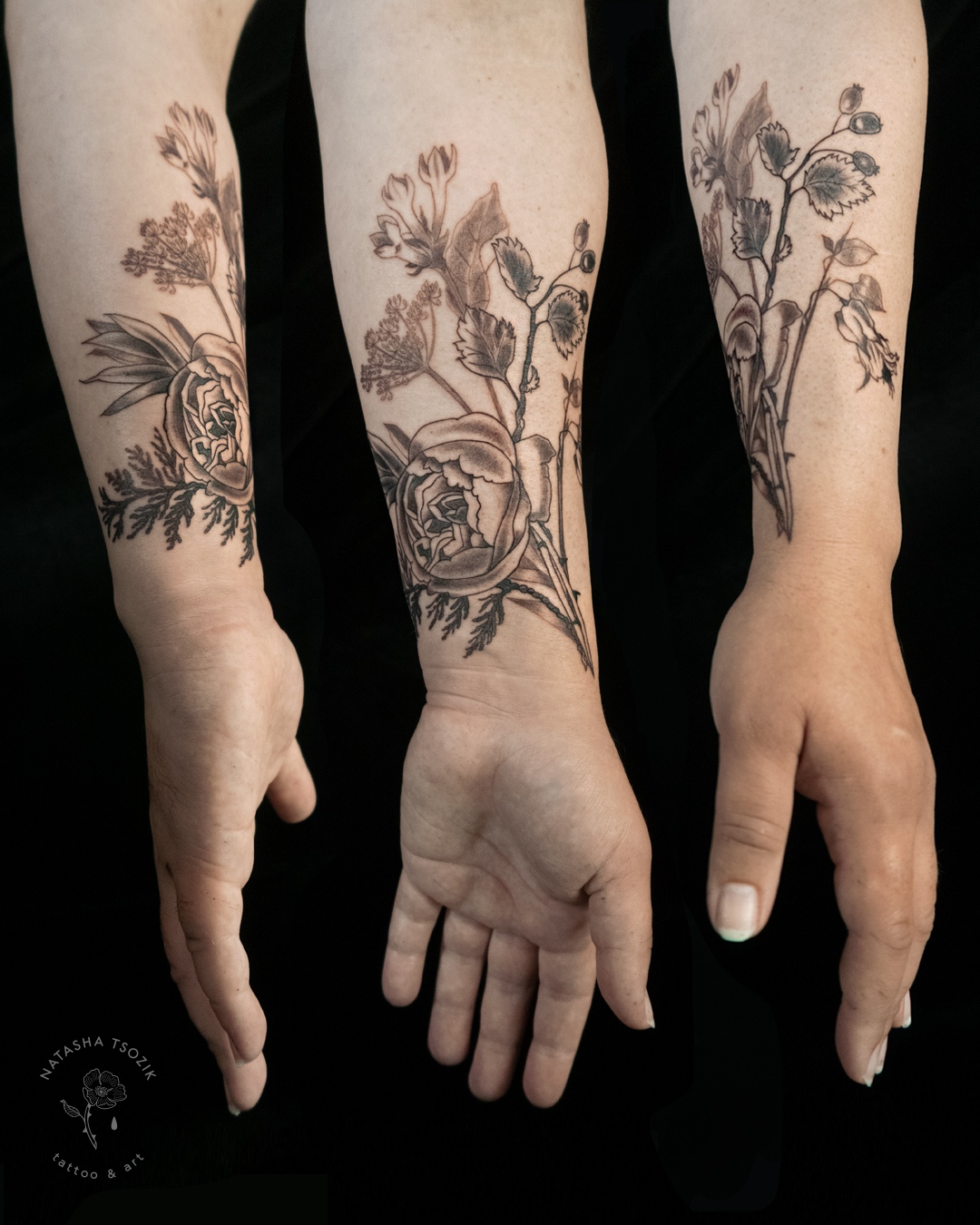 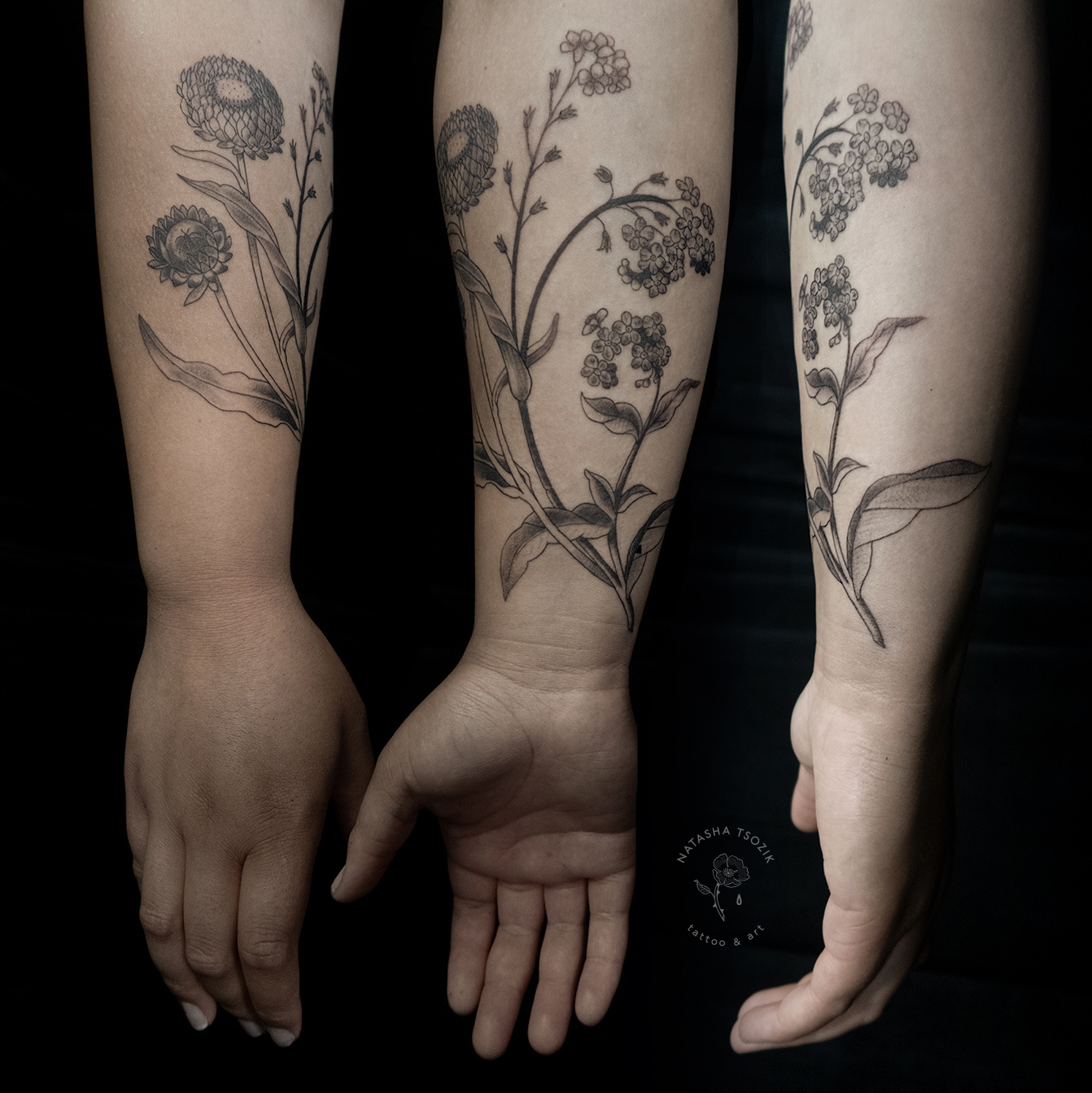 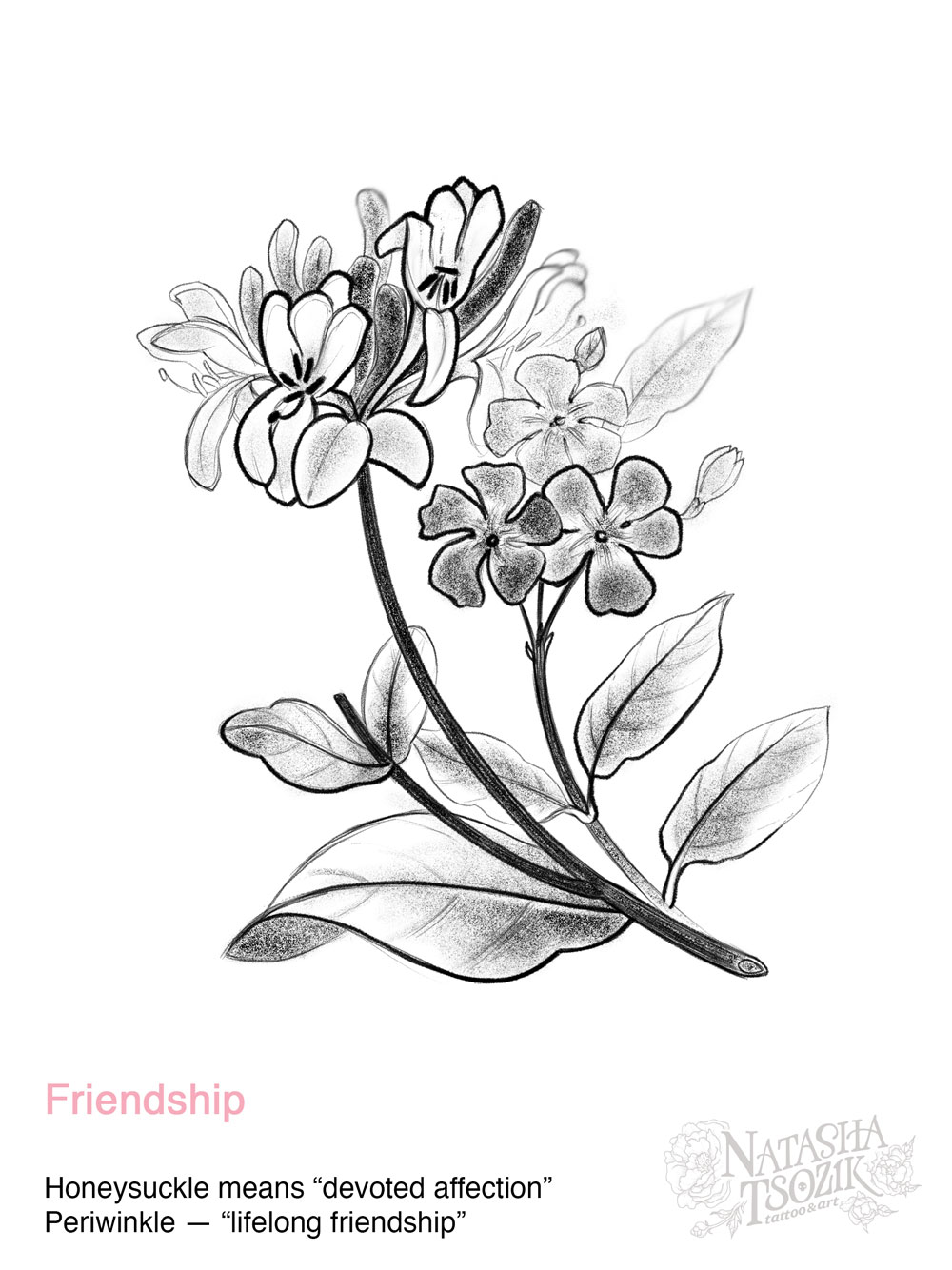 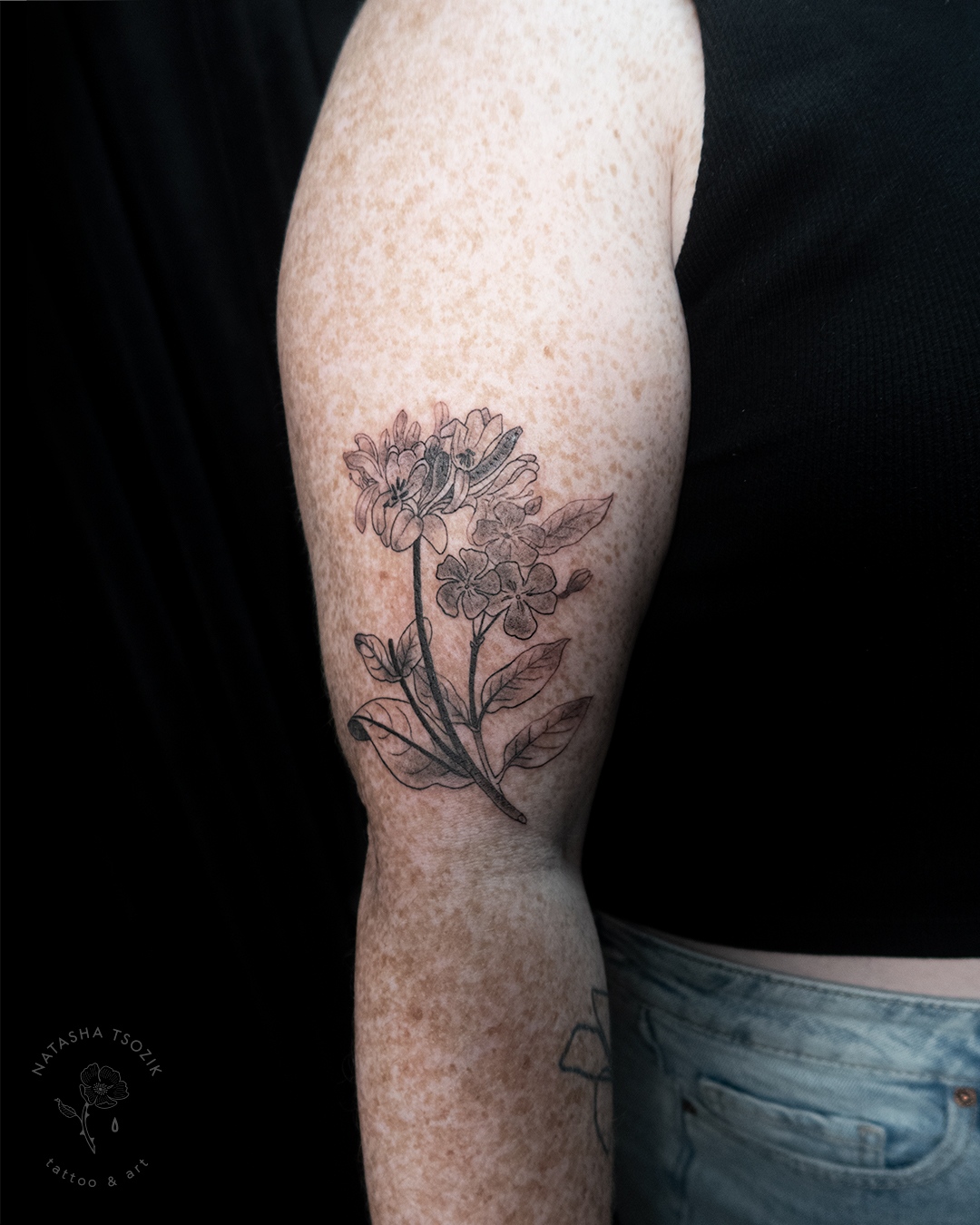