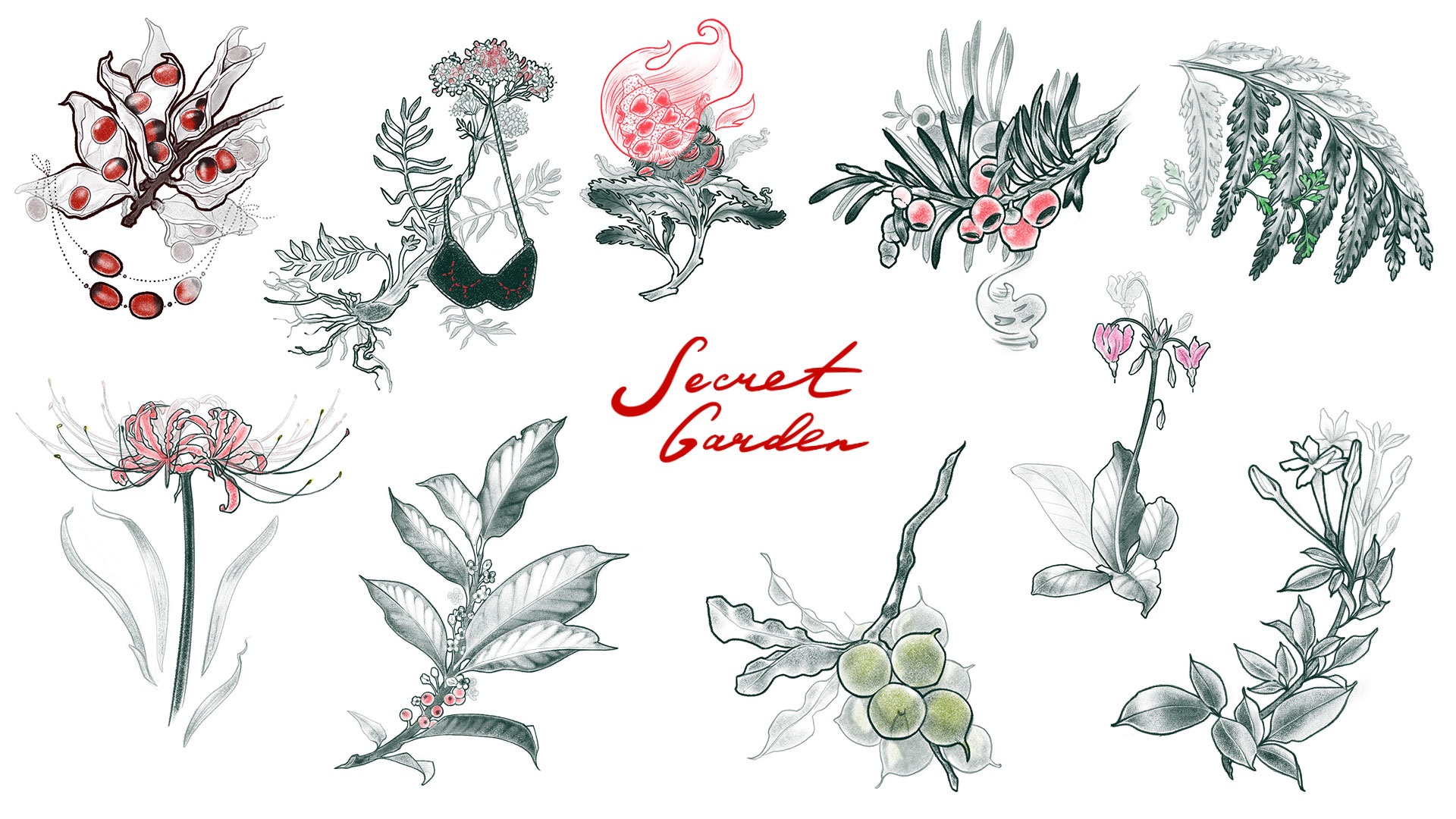 These botanical tattoo designs are of plants that grow in an imaginary Secret Garden. Maybe this garden belongs to a witch, who knows. Because you can find all sorts of dangerous & poisonous plants there, as well as healing herbs.

I created these botanical tattoo sketches for Inktober, an art marathon when each day of October you are get a word to draw. I decided to unite them with the theme of Secret Garden. It was definitely a challenge to try to come up with an illustration for a word like "Roasted" or "Guarded". And so that it would be a plant drawing. Once I even dived into the Victorian language of flowers, Floriography.

Every one of these plants have a story or an interesting fact behind them. For example, did you know that Carl Linnaeus created a Flower Clock? He hypothesized a garden plan that would take advantage of several plants that open or close their flowers at particular times of the day to accurately indicate the time. He proposed the concept in his 1751 publication Philosophia Botanica, calling it the Horologium Florae (lit. "flower clock"). ⁣
⁣
The idea was attempted by several botanical gardens in the early 19th century, with mixed success. Many plants exhibit a strong circadian rhythm, and a few have been observed to open at quite a regular time, but the accuracy of such a clock is diminished because flowering time is affected by weather and seasonal effects. ⁣

I used Procreate app for this project. It was so much fun to recreate a pencil drawing look. Some of these botanical tattoo illustrations were later drawn again, but that time on real paper with color pencils. Subscribe to my mail list not to miss a process video of creating them I'm gonna post later.

Each Secret Garden illustration is available for a tattoo.