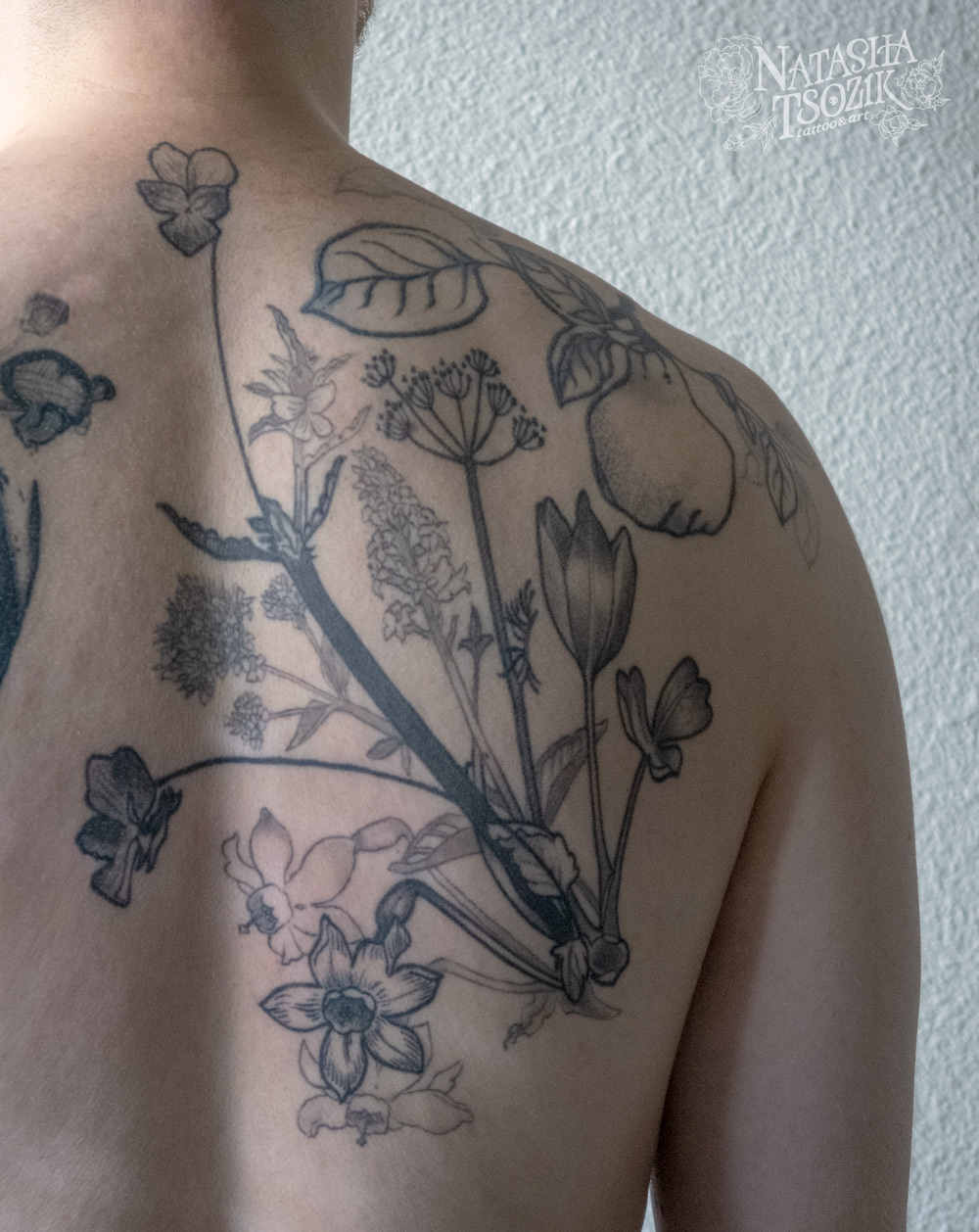 According to Floriography (the language of flowers),﻿ every plant and flower has its meaning. It has been practiced for thousands of years in different cultures. Floriography became popular in Victorian England and the United States during the 19th century. Gifts of specific floral arrangements were used to send a coded message to the recipient, allowing the sender to express feelings that could not be spoken aloud in Victorian society.

I decided to revive this tradition in my tattoos. In this particular case, my task was to create a special floral talisman tattoo for D. Taking into consideration his traits and assembling a bouquet with flowers that mean something that D. may be missing. For example, Heartsease (Viola tricolor) means "happy thoughts" and Dill — "good spirits".

This tattoo was custom made for the client. But I also have pre-drawn designs of floral compositions with meaning, such as Stay Strong, Zen, Strong Independent Person, Remembrance and Friendship. 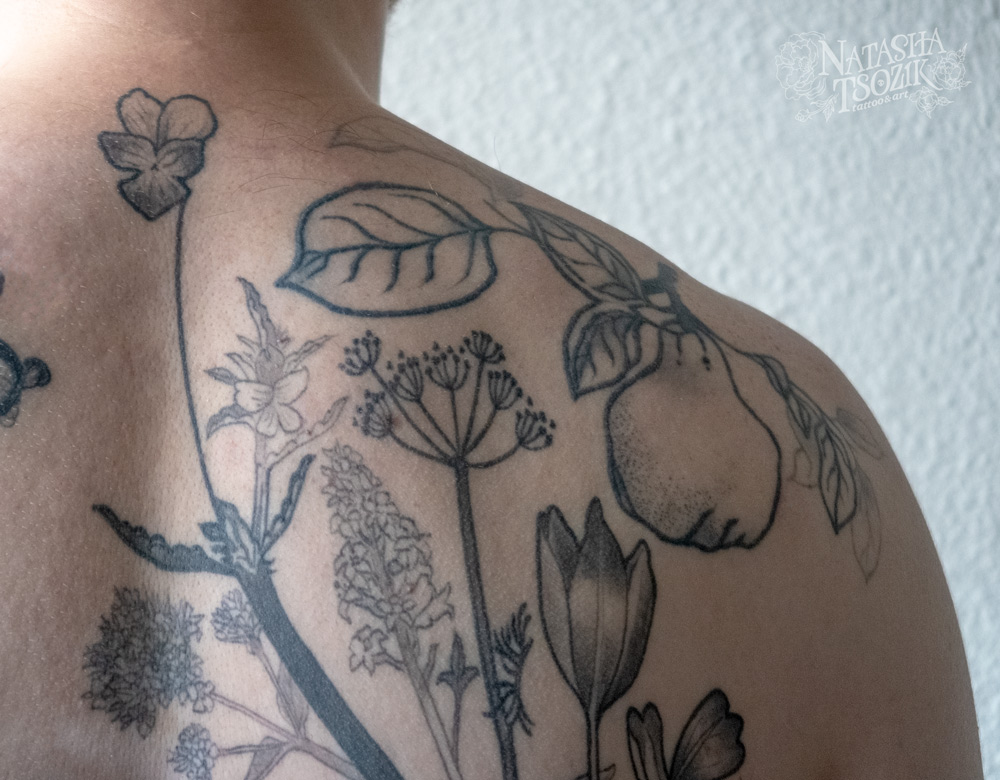 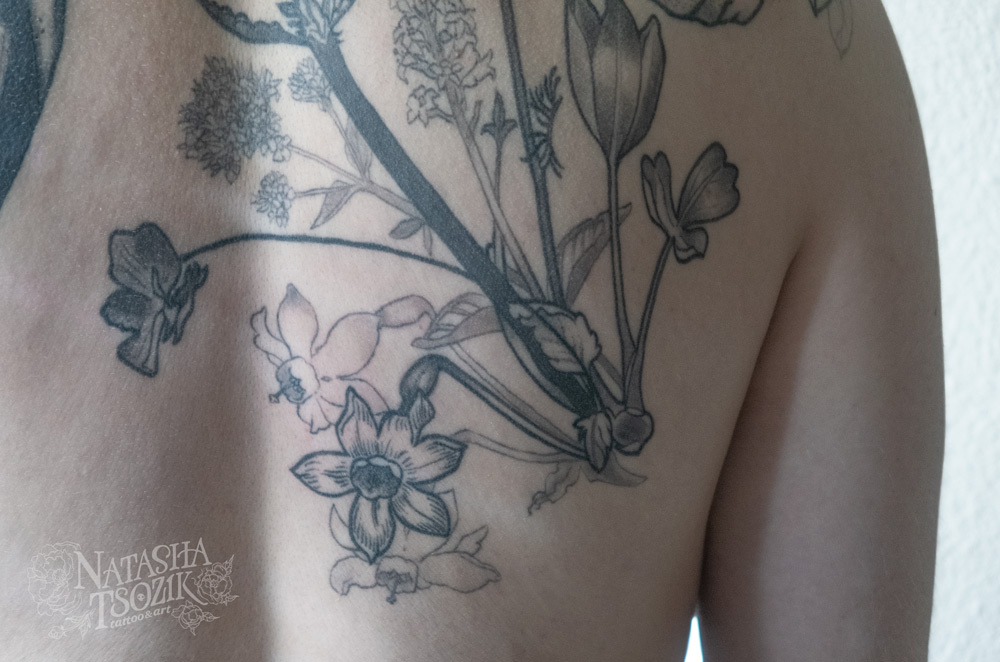 ﻿↩︎ Back to all tattoos﻿